8am Morning Prayer is said at the top of St Mary & St John tower at 8am (please allow time to ascend), and is followed by breakfast in the Vicarage. (NB. There is no 10.30am Eucharist at St Mary & St John on Ascension Day.)

6pm Choral Eucharist at Bartlemas Chapel. The Chapel is a medieval remnant of the former leper colony which stood on this site well outside the walls of Oxford. It is used today weekly for meditation and monthly for Evensong and also for Eucharists (such as this) on great feasts of the Church falling on weekdays. The Chapel is accessed via the un-named lane between Evelyn Court and Bartlemas Close (http://cowleystjohn.co.uk/our-sites/bartlemas-chapel).

The Eucharist is followed by a champagne reception on the chapel lawns in farewell to Fr Graeme Napier, Associate Priest since 2016, who is leaving to take up the position of Rector of St John’s in the Village, Manhattan, New York.

Thomas Tallis – If ye love me keep my commandments 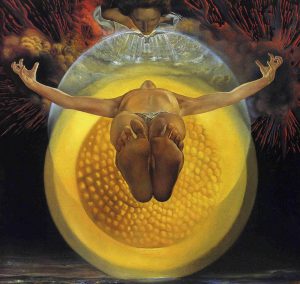 The Ascension of Our Lord has been celebrated on the fortieth day after Easter since early Christian times, some fifth-century authors claiming that even in their day it was of ancient custom.  It commemorates the narrative, found both in The Acts of the Apostles and in the Gospel of Luke, of the risen Christ’s ascent into heaven in the sight of his disciples.  It is in The Acts of the Apostles that the event is described as being forty days after the Resurrection.

The theological significance of this observance is that, whereas in his risen person before the Ascension, our Lord was present with his disciples only at particular times and places, afterwards he ‘ascended far above all the heavens, so that he might fill all things’ (Ephesians 4: 10). 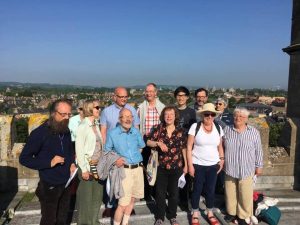 Here are some of the worshipers from Ascension Day 2017.