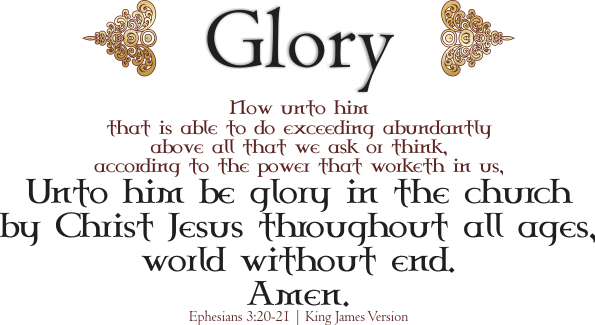 Sermon preached by Dr Peter McCullough on Ephesians 3.14-4.6, the fourth of a sermon series reflecting on the nature and purpose of the Church through St Paul’s letters to the first Christian communities

Today we reach the midpoint of our tour through the seven early churches ministered to by St Paul – we have already stopped at Rome, and Corinth, and Galatia; next, after a pause for two glorious August feast days, we will travel on to Philippi, Colossia, and Thessolonika – and today we stop at Ephesus. Or do we? Because in fact, most New Testament scholars now doubt whether this letter was originally addressed to the church there, since early copies of it lack the opening salutation ‘to the saints who are in Ephesus’. More than that, scholars also point out that in both its style and its content, Ephesians is very unlike Paul’s other letters – the author here doesn’t address any problems or arguments troubling a specific congregation, he uses language and imagery used nowhere else by Paul, and is even silent on some of Paul’s most insistently addressed topics, like the doctrine of justification. So what many believe that we have in Ephesians is in fact a letter written by a later follower of Paul who was inspired to model his own letter on Paul’s.

But the most uncharacteristic thing about Ephesians if it was indeed written by Paul is what some have called its ‘verbose rhetorical style’ (a bit unfair!), or, more putting it more kindly, its ‘powerful poetic language’. Now, as someone who teaches literature, I have to try hard to avoid letting a sermon become a lecture or a tutorial – so I wonder if Fr Phil was testing me by giving me Ephesians Sunday – but I still can’t resist suggesting that it might help if you have your texts open in front of you. For even this small passage of Ephesians is, it has to be said, beautiful writing – something captured so well, without me even asking, by Soo Tian setting part of it on the front of the service sheet in a beautiful font, and even in the traditional language of the King James Bible (something that has its own aesthetic charge, but that’s something for another time).

But if writing like this is truly beautiful, truly good, it isn’t enough just to pause and appreciate its formal aesthetic qualities, like a picture in a gallery, but to go on and think about why it has been written so beautifully. The author – and let’s just call him Paul – Paul writes with such powerful rhetoric here not for its own sake, or to show off his skill, but because he wants words to match the urgency and importance of his message.

Our reading begins with ‘For this reason’. Now you have to be careful with lectionary excerpts, especially from a book as rhetorically elaborate as Ephesians. The ‘reason’ that Paul ‘bows his knees’ isn’t to be found in what follows in our reading; instead, he’s referring to something he said earlier, and to find it you have to go all the way back to chapter 2, to that great summary of our faith itself: that ‘through the cross’, Christ ‘came and proclaimed peace’, and ‘you are no longer strangers and aliens, but you are citizens with the saints and also members of the household of God, built upon the foundation of the apostles and prophets, with Christ Jesus himself as the cornerstone.’ And ‘For [that] reason’, in our reading, ‘I bow my knees before the Father’.

No wonder Paul strains every rhetorical, even poetical, nerve here – because his prayer (which must now be our prayer) is that the universal church, our national church, our parish churches of St Alban and St Mary and St John, may live up to nothing less than our destiny, our obligation, our joy, that, as Paul says, ‘Christ may dwell in [our] hearts through faith . . . rooted and grounded in love’. [I can’t help but think here of all the effort that goes in to finding catchy mission statement slogans for churches and dioceses – which are almost never Scriptural and almost always banal; why not ‘Christ in our hearts through faith’, or, ‘Rooted and grounded in love’. It works for me.]

But if we’re honest, I think, we have to ask ourselves, just what – exactly – do even purely Scriptural tags like ‘Christ in our hearts’ or ‘grounded in love’ really mean? The original recipients of Paul’s letter, for whom the faith was so new, must have asked it. And we, for whom formulae like ‘Christ dwelling in our hearts through faith’ are dangerously familiar, probably need to ask it as well. And Paul (and the Holy Spirit that inspired him) knows that then and now we need explanations, for the very next next intercession in our reading is to ‘pray that you may have the power to comprehend’.

But what I love most here is that Paul doesn’t give an answer, at least not a direct one, to the question of what the in-dwelling of Christ means. And he doesn’t, as a human being, because he can’t really, any more than we can. If that was something we could comprehend, at least in any recitable, factual way, would it really be something worth knowing? Put another way, would it really be ‘faith’? Here we have one of the central mysteries, the central paradoxes of our lives as Christians – that we pray and we struggle to and know something that is real but impossible to know fully, since, as Paul puts it here, because ‘the love of Christ’ is, wonderfully, something that ‘surpasses knowledge’. But rather than that being a source of discouragement, it is in fact an encouragement, because there is ‘a power’, the Spirit, ‘at work within us able to accomplish abundantly far more than all we can ask or imagine’.

Still, that can all sound very abstract, a bit of a mental, philosophical, or mystical puzzle played out in the mind with words. But that is what the ‘therefore’ in the next paragraph of our reading is there for. ‘I therefore’, Paul says, ‘beg you to lead a life worthy of the calling to which you have been called’. ‘Beg you’. Those are strong words, and should be powerfully felt – because this is where faith in the abstract (praying for knowledge that we rightly desire and rightly strive for, but can never completely have, nor comprehend it if we could) that intangible faith has its counterpart, its compensation, perhaps even its fulfilment, in the material reality of faith lived in what we do and how we should do it: ‘with all humility and gentleness, with patience, bearing with one another in love, making every effort to maintain the unity of the Spirit in the bond of peace.’

Paul’s language here works hard because the work of living faithfully is hard, but worth the struggle. And in this life we come closest to comprehension and knowledge not by talking or thinking only, but by doing, by ‘making every effort to maintain the unity of the Spirit in the bond of peace’. So it should be no surprise that as we journey through these early churches some patterns begin to emerge. We encounter here what Fr Phil showed us in Romans, that as church we come together not to avoid, but to live with difference and diversity; and as Petronella showed us last week in Galatians, we do so by nurturing the gifts of the spirit that are repeated for us here in Ephesians; and the whole of Ephesians is a perfect blueprint for the church that Bp Stephen reminded us is always under construction.

And in our parishes the place where we must regularly, because most fundamentally, come together as the messy but loving family that is the church, where we meet and make our faith a living and incarnate one, is in the sacrament of the altar – where not just words, but nothing less than The Word, Christ, is made flesh and dwells among us, through him receiving ‘one body and one Spirit . . . one Lord, one faith, one baptism, one God and Father of all, who is above all and through all and in all.’ AMEN.